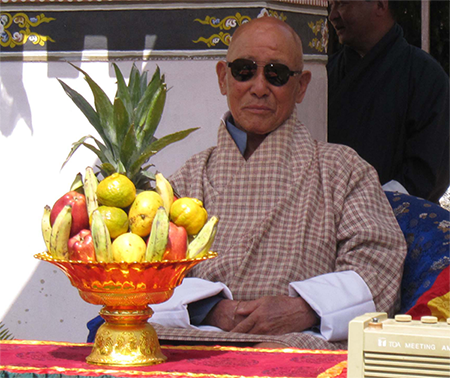 Greetings from UA, the first and only authentic international school in the Kingdom, where wholesome education is offered in a state-of-the-art setting. Our enrolment statistics over the years will reveal students from all the 20 Dzongkhags (districts) in Bhutan and also international students from South Korea, Japan, Thailand, Bangladesh and India.

UA is located at Khuruthang, Punakha Dzongkhag. It lies between the town and Khuruthang Middle Secondary School. The place enjoys good weather all the year round. The evergreen fields of Talo flank the Northern side and the Southern tip merges into the beauty of the Punakha River

UA is the only school to be:

Brief History of the School

Ugyen Academy opened on 3rd April 2002 with 154 students. It started as a pet project of Hon’ble Yab Dasho Ugyen Dorji and Yum Thinley Choden. It was a wish fulfilled for the local people and a hope for the students who did not meet the government cut off point. The school made steady progress and the enrollment rose year by year. The overview below shows the growth:

Today, it is the first and only authentic international school in the Kingdom, where wholesome education is offered in a state-of-the-art setting. There are students from Thailand, India and South Korea studying regular classes. The School is second to none in the exciting possibilities it has with the most modern facilities on campus and a faculty rich in talent and experience. For effective teaching and learning the strength of our classes will not usually exceed 36 students. The academic facilities are designed to include a 100,000 volume library (with a special section on Bhutan), a separate refreance library and an E- library. The school also boasts of two IT labs with wireless facilitie and an audio visual lab to enhance learning.

In the present milieu with erosion of values and lowering of standards in most institutions, Ugyen Academy stands out as a school with strong value system and a code of conduct and discipline, which is based on mutual respect.Our restorative practic Responsible Thinking Room (RTR) and Peer Mediation help to build every student internally. We uphold our founder’s vision and stress on total development – head, hand and heart. Thus we are deeply committed in instilling in our students, positive traits like self discipline and social harmony that will lead to Gross National Happiness and Global Peace.

Yes, we are consistently maintaining our ranking in the list of top 10 performing schools (at both Middle Secondary and Higher Secondary Level) – excellence ladder. It is evident that we are second to none in the overall ranking for the secondary schools in Bhutan.